Blood Generation: Sami and the Panguna Mine, 2009 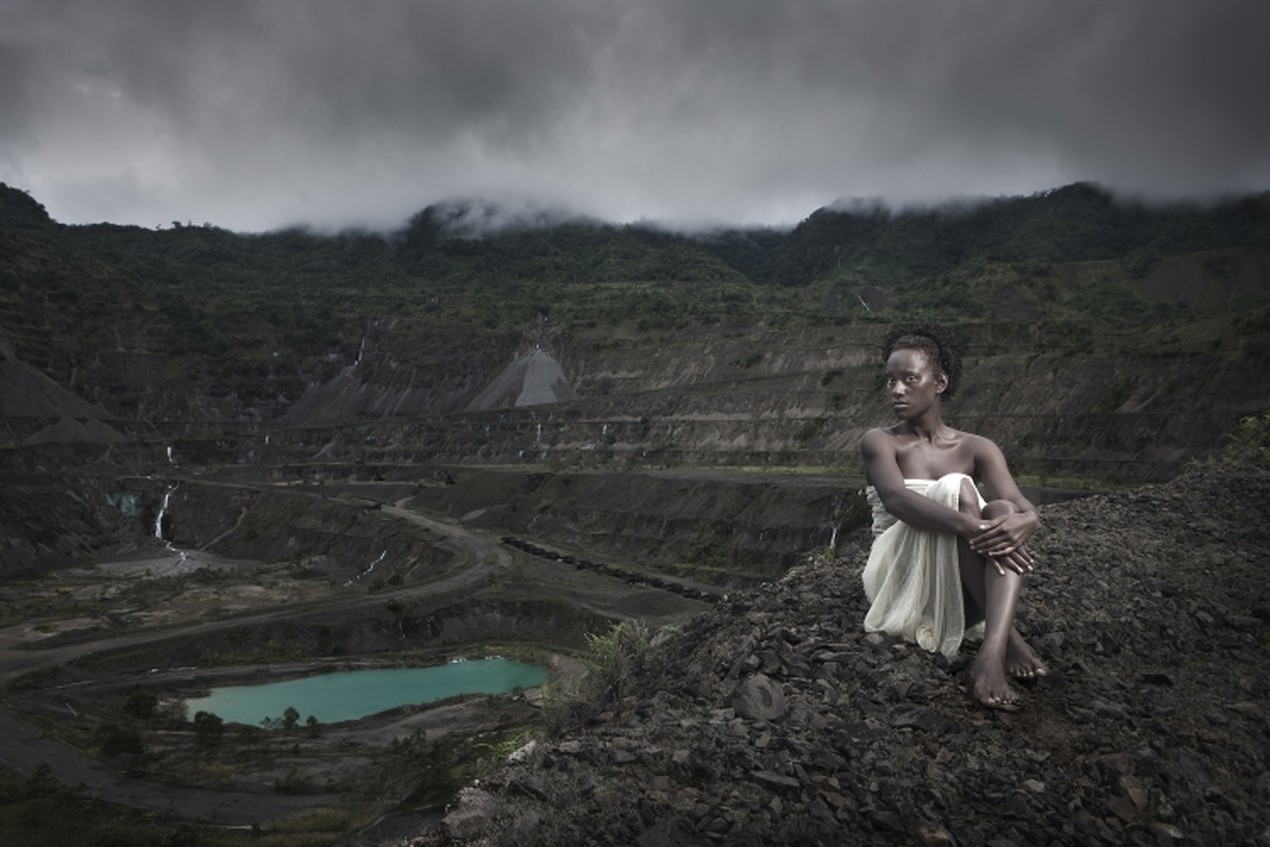 Sami and the Panguna Mine, 2009
Triptych from the series Blood Generation

??
Courtesy of the artist

The Blood Generation are the children born into and following the civil war over land in Taloi Havini's native Bougainville. Buka youth are documented in their landscape, by Taloi and photographer Stuart Miller, including in the devastated area around the Panguna mine. The series depicts the ravages of open-cut mining, as well as the deep connection to land that Taloi and her people have; their cultural resilience in the face of colonisation and government-sanctioned, forced removal from their ancestral homelands.

In 1964, the Moroni people in Bougainville were subjected to harassment and exploitation and stripped of their land rights under Crown Law. Australian-owned mining company Conzinc Rio Tinto sent in geologists and, in 1972, Bougainville Copper Limited (BCL) was formed. Despite ongoing demonstrations by the Panguna landowners and Rorovana coastal people, from 1972 the open-pit, Panguna mine, was one of the largest producers of gold, silver and copper in the world — more than doubling the Papua New Guinea (PNG) Territory’s export income and helping to fund  PNG Independence, which was granted by the Australian colonial administration in 1975.

The mine ceased operations when civil war erupted in 1988, as the local resistance movement sabotaged the mine, its main water and electricity supply. The resulting civil war cost around twenty-thousand lives in an island population of approximately 200,000. Fighting did not end until a truce lifted the military blockade that led to the Bougainville peace process in 2000. Armed rebels currently prevent all foreign entry onto the mine site and access is restricted to locals only.

The triptych Sami and the Panguna Mine revisits the time when Sami’s aunties and other women landowners in Bougainville stood against mining on their land. Women leaders are still fighting to be heard on the unresolved issues of social, economic and environmental impacts of reopening the mine. They reject agreements which saddle them to the original PNG 1988 Mining Act, in which there is no acknowledgement of women landowners. 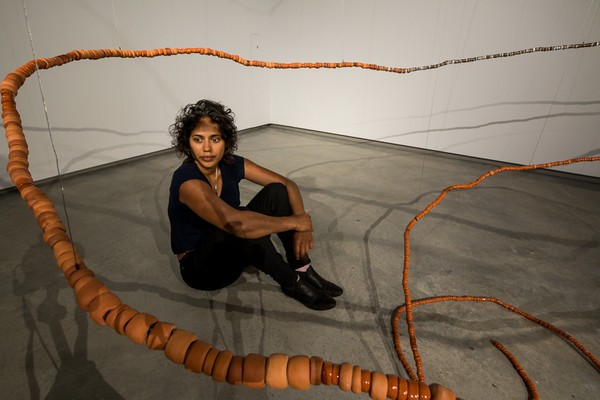