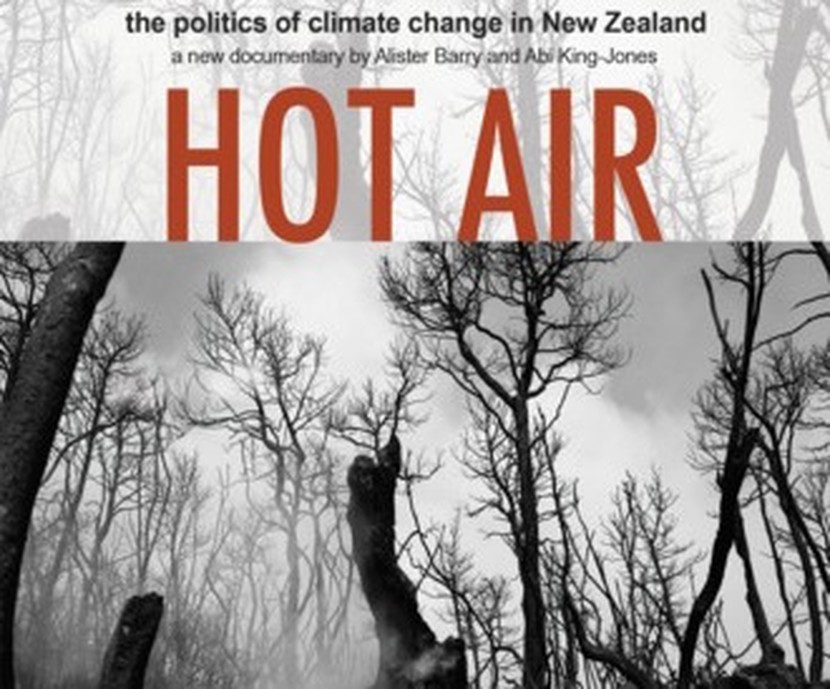 Join 350 Christchurch and CoCA for a screening and discussion of Alister Barry and Abi King Jones' documentary 'Hot Air - The politics of climate change in New Zealand'.

$5 (booking above or bring cash on the door) includes a glass of wine, or cup of tea and light refreshments.
Free for CoCA members
Seating is limited to 70 - booking in advance is recommended. Doors open 5:30pm - Film starts 6PM sharp.

HOT AIR:
During the summer of 1988 temperatures soared across America causing widespread droughts. Huge forest fires raged in California. Climate change was now on the world's political agenda and New Zealand promised to do its share to reduce greenhouse gas emissions.

HOT AIR is the story of twenty years of political struggle between politicians, scientists and activists wanting to reduce New Zealand's emissions, and corporate leaders and their lobbyists working to protect profits and commercial advantage.

Key political leaders inside and outside parliament describe their victories and defeats, and businessmen and lobbyists explain their strategies and concerns. Political commentators and academics take us behind the scenes to show how politics in New Zealand really works.

Including a wealth of archival material and interviews, this feature documentary is a thoughtful and provocative response to the question - is it possible for a small modern democratic nation to address the greatest political challenge of our age?