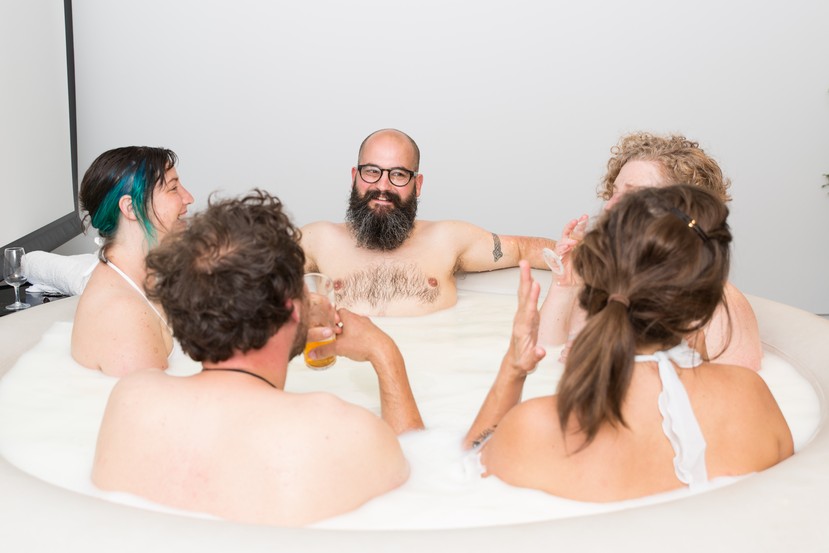 Gaby Montejo invites participants to consider the underlying cost of their milky coffee; asking ““Is it worth it?”, “To what end?” and “For the benefit of whom?”

Join us for this final opening of MilkSpa, during which the spa will be filled with soy milk rather than dairy. Listen to participants with stakes in dairy discuss relevant issues. The first half hour will be a scheduled performance, following which audiences have the opportunity to become a participant and enter the spa.

Some swimwear is available to borrow, but you are most welcome to bring your own and a towel. Changing is in the toilets at CoCA and there is a cold hose out the back to rinse off afterward if you wish to. Participants must have showered within 24 hours of enetering the spa, and should have no open cuts. Jewellery should not be worn.