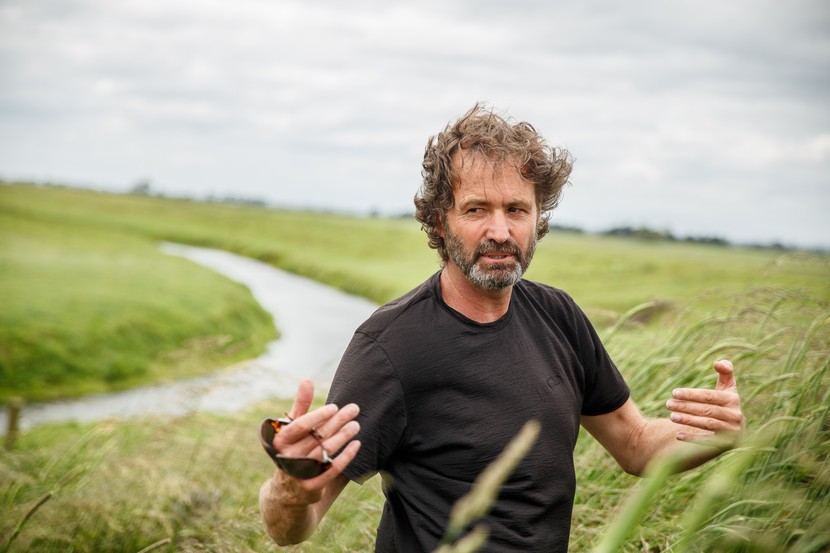 Doors open 6:30pm for a viewing of the exhibition Precarious Nature, talk starts at 7:00pm

Dr Mike Joy is an academic and an outspoken advocate for environmental protection in New Zealand. At this talk Mike will describe the true state of freshwaters in New Zealand a reality that is mostly covered up and denied. He will look at the drivers of the declines and the response from government - both central and local. He will discuss solutions and options for the future management of freshwater.

Your $5 Entry fee supports Mike's visit to Christchurch and CoCA's offsetting for the exhibition.

Mike Joy BSc, MSc (1st class hons), PhD in Ecology is a Senior Lecturer in Ecology and Environmental Science at the Ecology group-Institute of Agriculture and Environment Massey University Palmerston North.  He researches and teaches freshwater ecology, especially freshwater fish ecology and distribution, ecological modelling bioassessment and environmental science.  He has and continues to supervise many Masters and PhD students doing research into freshwater ecology, with topics from native fish ecology to farmers’ attitudes to sustainability.

Mike has published many papers in scientific journals, many international as well as articles and op-eds for newspapers and magazines. He has authored many reports for Regional Councils and ministry for the environment, and has developed a number of bioassessmenttools and associated software used by many North Island Regional Councils.

Mike has received a number of awards for his environmental advocacy, including an Ecology in Action award from the NZ ecological Society, an Old Blue award from Forest and Bird, he was named 2009 Environmental New Zealander of the year by North and South magazine, Manawatu Evening Standard 2012 person of the year, in 2013 he received the Tertiary Education Union NZ Award of Excellence for Academic Freedom and contribution to Public Education, the 2013 Charles Fleming Award for environmental work from the Royal Society of New Zealand and in 2015 the Morgan Foundation inaugural River Voice Award.