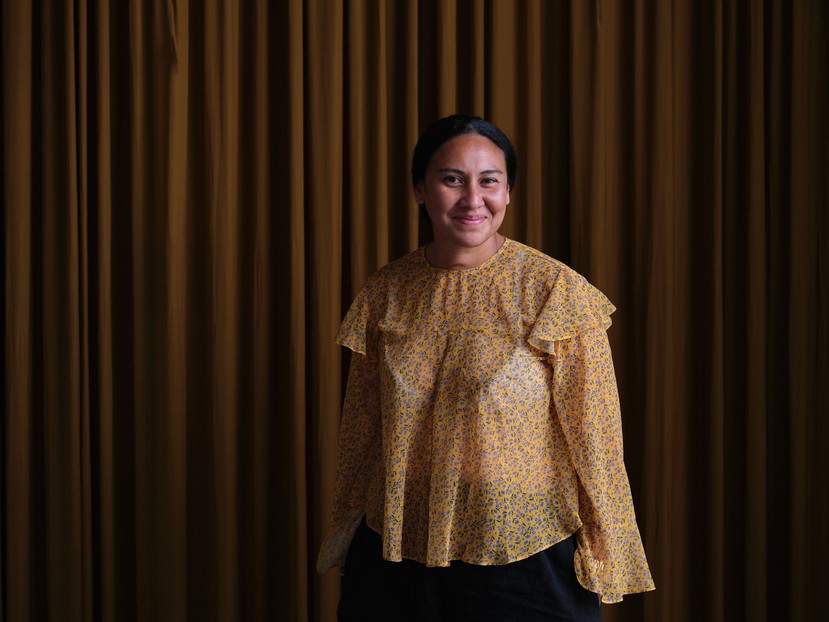 Edith Amituanai describes her practice as building up a complicated picture of place.

“My images talk about a negotiation of a public and private space – they are the traces that record that activity, rather than create a portrait. Driveways, abandoned industry sites that have been commandeered for recreation, shortcuts over a creek. It’s not something you can read a book about. I’m seeking those locations that you need to be part of a neighbourhood to understand.”

For this event in conjunction with Toro Whakaara: Responses to our built environment, Edith will be in conversation with Tim Veling, discussing how their respective lens based practices offer the opportunity to give meaningful insight into a place. Recording the present for the future, a chance to document society for it to look at and critique itself.

Edith Amituanai is a Aotearoa New Zealand-born Sāmoan photographer working from the suburb of Rānui in Tāmaki Makaurau Auckland. She has exhibited extensively in galleries and museums across Aotearoa and internationally in Australia, Austria, Taiwan, Germany and Canada. In 2008 she was nominated for the Walters Prize for her series Dejeuner that examined a new Pacific diaspora, expatriate New Zealand Sāmoan rugby players living and working in Europe. Her artwork is held in national collections including Auckland Art Gallery Toi o Tāmaki, Museum of New Zealand Te Papa Tongarewa, Christchurch Art Gallery Te Puna o Waiwhetū and Govett-Brewster Art Gallery.

Tim Veling lectures in photography at the University of Canterbury School of Fine Arts, New Zealand. He is the director and administrator of Place in Time: The Christchurch Documentary Project.

The cornerstones of Tim’s practice are the psychological landscape and social-political environment. His work straddles the genres of fine art and documentary photography.

He is currently engaged in long-term projects relating to the aftermath of Christchurch’s devastating 2010 and 2011 earthquakes. He has exhibited nationally and internationally.

As per CoCA Covid-19 protocols, attendees will need to scan in using My Vaccine Pass and wear a mask.