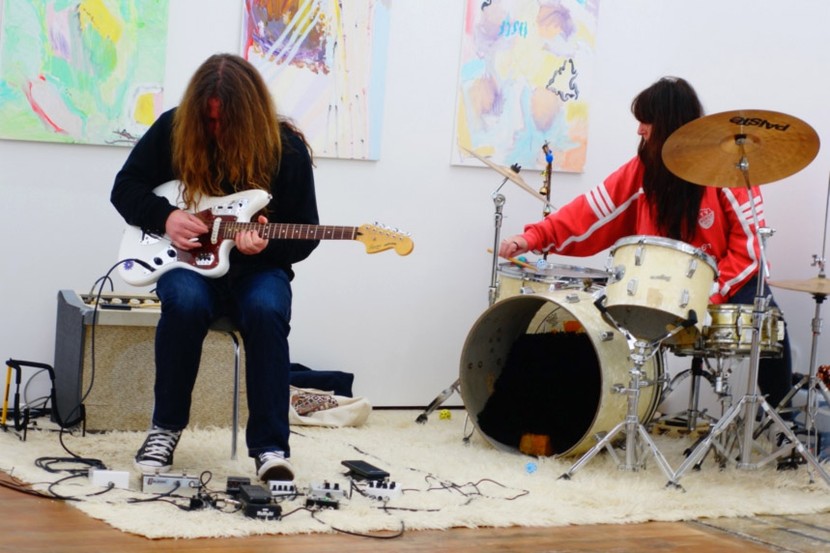 As part of the exhibition A Short Run: A Selection of New Zealand Lathe-Cut Records, a series of gigs and events featuring leading artists in New Zealand’s rich underground music scene will take place in the gallery from March to May 2021.

On 16th April we will be hosting White Saucer (Auckland)

Stella Corkery and Alan Holt are members of the long-running Auckland based experimental musical duo White Saucer, utilising synthesizer, percussion, drums and electric guitar in both performance and home recording. The group formed in the early nineties playing furious free form improvised noise-rock sets. Today they continue to work within the non-parameters of improvisation and have recently taken to slowing down their live performances to concentrate on both the deeper and shallow sounds that can be derived from their chosen instruments.

Stella is also a visual artist represented by Michael Lett in Tāmaki Makaurau, an educator and doctoral student at Massey University, Wellington.

A Short Run: A Selection of New Zealand Lathe-Cut Records – curated by Luke Wood, Senior Lecturer in Graphic Design at the Ilam School of Fine Arts – explores the intersection between music and design in the radical margins of New Zealand culture.

A Short Run is developed and toured by Objectspace and The Dowse Art Museum.