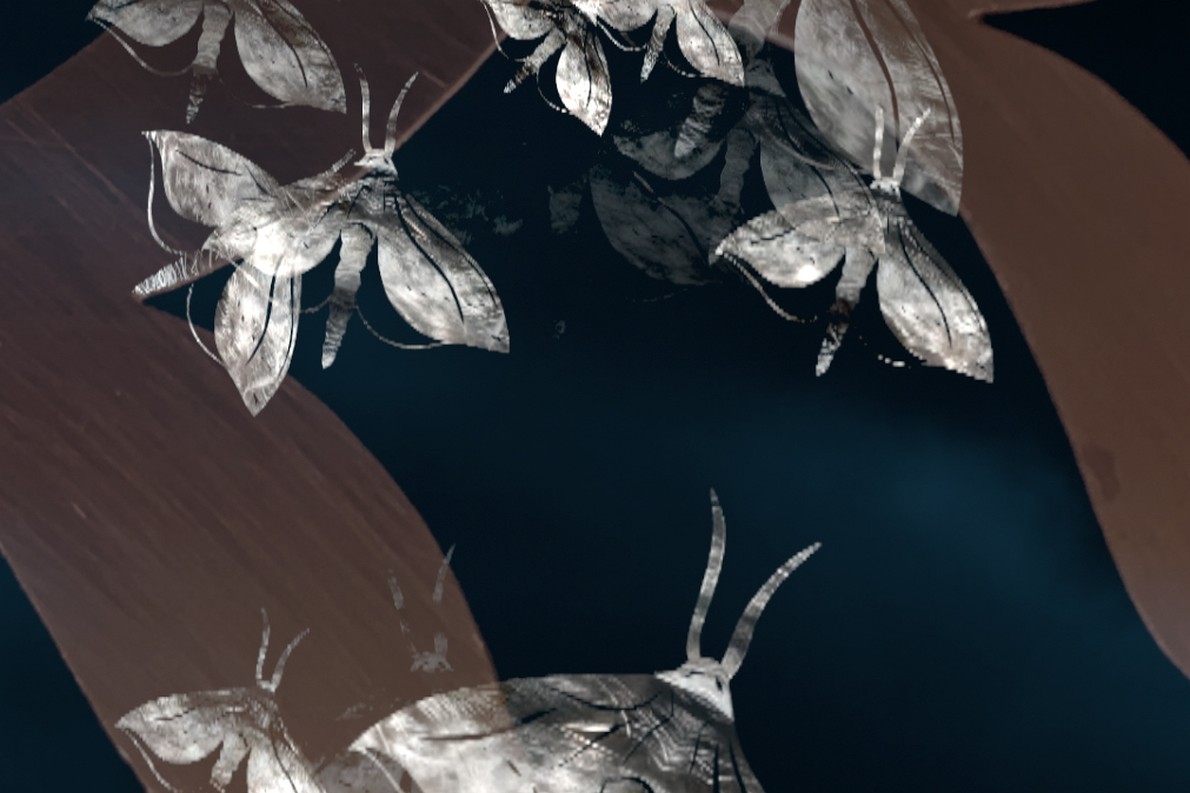 Aro ki te Hā is the next installment in the Crux*Te Punga project, proudly presented at CoCA.

The kaupapa of Aro ki te Hā relates to the sensations of hā or breath in the body; and hau or mauri. It relates to the innate knowing, which can be accessed through whatumanawa – the centre of our emotions. This inner knowing extends to knowledge of our external environment. In Canterbury, where the work is situated, this can manifest as cloud formations and winds, and through observation of kaitiaki such as birds, and acknowledgement of atua; particularly here, those associated with winds and flight.

The kaupapa was further developed after speaking with Dr Te Maire Tau, Upoko of Ngāi Tūāhuriri, and has also drawn on kōrero from the book Tikao Talks – based on interviews with Ariana’s Pōua, Teone Taare Tikao.

Video artist Louise Potiki Bryant has collaborated with Ariana and Piri to design, animate and edit a video work set to Ariana’s waiata Hinearoraki. The video weaves together images of Piri’s taonga whakarākei - adornment and art works created in response to the kaupapa of Aro ki te Hā. The cut-outs include kāhu, and the pūriri moth. Kāhu are ever present within our Waitaha-Canterbury landscape and a visual reminder of our connection with te ao wairua, the spirit realms.

The pūriri moth connects the afterlife with the living and is symbolic of the spirits of those lives taken so abruptly in Ōtautahi during the month of March 2019. Ka aroha ki te takata. Moths also have a strong cultural narrative with the art forms of taoka pūoro, played in the waiata.

Both Ariana and Piri grew up in Christchurch but at the time didn’t see in the city any visual markers of their whakapapa and stories. In this collaboration they are exploring their tūrakawaewae, acknowledging those who have gone before, as well as other species who share this whenua. Locations in the video include Kā Kōhatu Whakarakaraka o Tamatea-pōkai-whenua/the Port Hills and Maukatere/Mount Grey.

Through experiencing this work, the artists hope people can connect with Kāi Tahu values, such as kaitiakitaka and manaakitaka – caring for our environment and each other.

The artists acknowledge the support of Ngāi Tūahūriri, Matapopore, the Ngāi Tahu Fund and CoCA.

This project is presented as part of Crux*Te Punga, a 'scope of works' created in response to the demolition of the earthquake-damaged Police building at 48 Hereford St, Ōtautahi. Aro ki te Hā is the third work of four, with Rose James’ sonic work Through a cloud of smoke and dust, and Wayne Youle’s installation AJAR presented at CoCA in 2018. The final work - Te Whare Puari by multimedia artist Trent Hiles (who is also the creative producer of Crux*Te Punga) will be presented over the 2019/2020 summer.