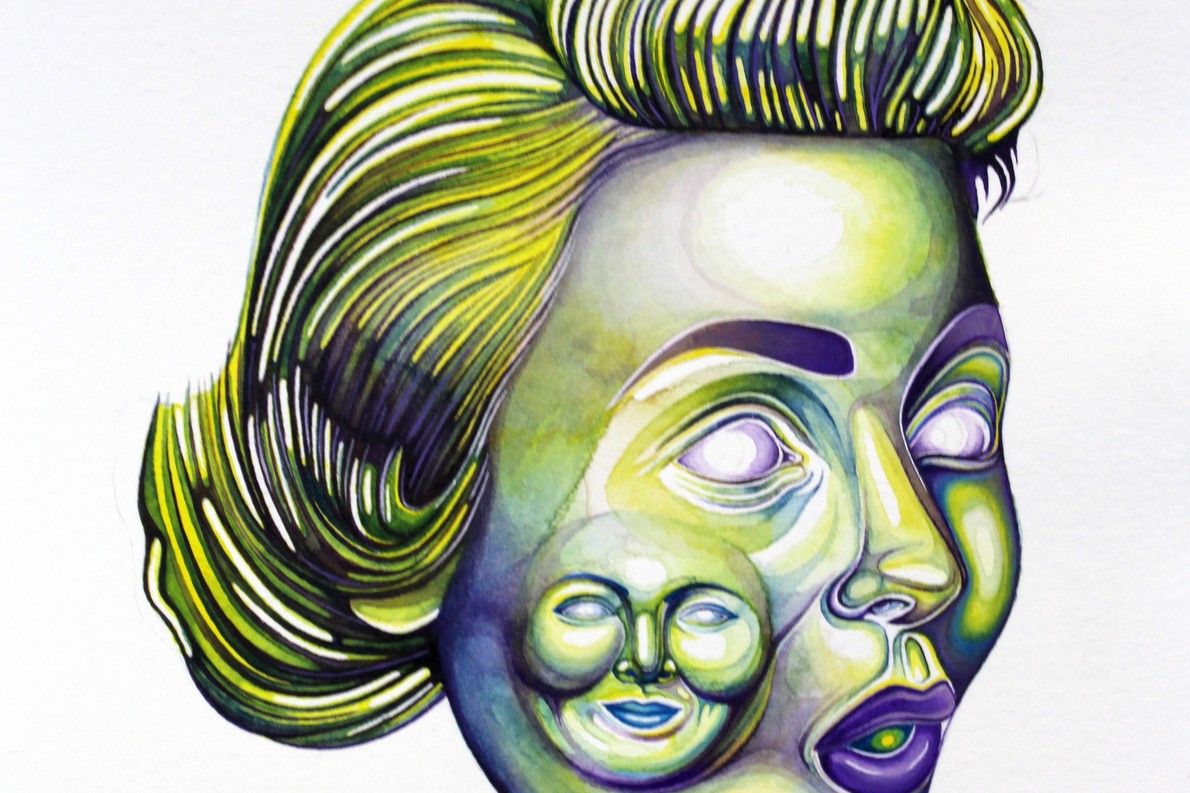 CoCA is proud to present, one of our very own volunteers, Evangelyn Edilson in our Lux Gallery.

Evangelyn Edilson’s practice endeavours to encapsulate the complex relationships women have with their identities. Internal understanding (or lack of understanding) of self and projected assumptions about womanhood are intertwined components, making this relationship convoluted. For Edilson, the human face, and subsequently the depiction of faces through portraiture, are in direct dialogue with notions of identity.

Mythology, fairy tales and theatre inform the artist’s work due to the way that they capture characters in their extremes. Actors in Ancient Greece would wear a boot called a ‘buskin’ when acting in tragedies and in comedies, they would wear a thin-soled shoe known as a ‘sock’. Greek Theatre is a means in which to explore the two extremes woman are often coded to exist in; either as the hysterical heroine (drama) or not taken seriously (comedy). Edilson finds the dramatics compelling as she is drawn to characters who embody the extremes of the human experience; Melpomene and Thalia, the goddesses of Ancient Greek tragedy and comedy are the muses for this exhibition.

Each of Edilson’s works employs mediums including oils, gouache, watercolour and pencil, as well as a range of supports such as aluminium, board and paper. Diversity of medium is an important aspect to her artmaking as it makes for a richer body of work. For each portrait she paints, she selects three core colours to act as highlights, midtones and lowlights. She then mixes the appropriate shades of each of the colours to form the portrait. Fine lines and highly detailed rendering are distinguishing features of Edilson’s practice.

Evangelyn Edilson is currently studying towards her Masters of Fine Arts at the Ilam School of Fine Arts at the University of Canterbury, following the completion of her Honours of Fine Arts, specialising in painting, in 2019. She has exhibited in numerous group shows in both Christchurch and Wellington and was the 2019 recipient of the Ethel Rose Overton Scholarship. Melpomene and the Sock is Edilson’s first solo exhibition.