Mata Aho Collective is a collaboration between four Māori women who produce large scale fibre-based works, commenting on the complexity of Māori lives. Their conceptual framework is founded within the contemporary realities of mātauranga Māori. They produce works with a single collective authorship that are bigger than their individual capabilities.

Back to MAKING SPACE overview 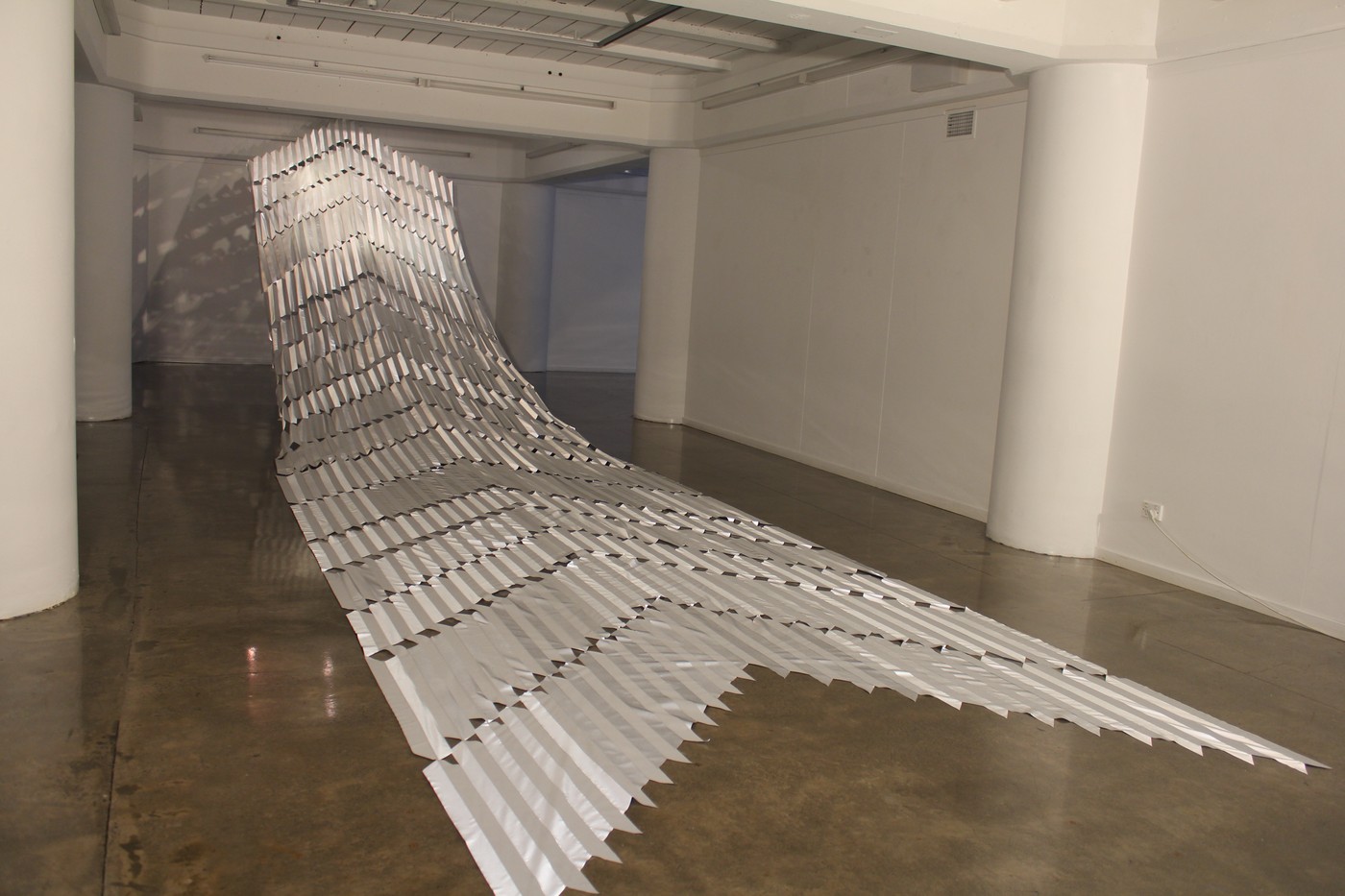 (Image courtesy of the artists)

Kaokao is a large-scale installation that has been made by the many hands of Mata Aho Collective using industrial material to reflect and highlight the following whakataukī:

He wāhine, he whenua, ka ngaro te tangata. Without women and without land, humanity is lost.

Kaokao is a tukutuku pattern synonymous with strength, associated with both a birthing stance and a warrior's stance. It is also reminiscent of a military chevron used to decorate the sleeves of soldiers. Customarily although not specifically portrayed as a female art form, tukutuku are made by two people working together.

With these aspects in mind, our collective of four Māori women have chosen Kaokao as both the literal and conceptual basis to explore the portrayal of women within Māori and non-Māori wartime histories. Inspired by the 100 year commemorations of WWI, we as artists and women find history to be a site of contention and aim to expose its biases whilst portraying a desire for a restorative balance. Our work acknowledges the many wāhine who have stood in front, alongside and behind their contemporaries to care and protect their whenua and whānau.

Ki te mate ngā tane, me mate anō ngā wāhine me ngā tamariki hoki. If the men die, so too do the women and children. - Ahumai Te Paerata in the 1864 Battle of Ōrakau. 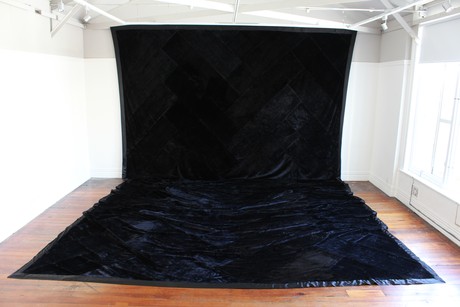 Te Whare Pora embodies a house of learning and is customarily a space for obtaining knowledge pertaining to fibre arts, primarily weaving. The atua of Te Whare Pora is Hineteiwaiwa who holds authority over the arts pursued by women. We understand Te Whare Pora to be a state of being as opposed to a physical location.

In our work Te Whare Pora, the faux mink blanket is employed as a vehicle to explore customary notions of wānanga, contemporary marae styles and women's experiences. The faux mink blanket speaks of a kitsch aesthetic reminiscent of velvet paintings, once popular for their renditions of the dusky maiden. Now common on marae throughout the country, the 'minkie' has come to represent warm, plush beds within the wharenui. These blankets also act as a commentary of the current day economy; they are manufactured offshore using synthetic materials and cater to specific markets by using identifiable kowhaiwhai patterns and the tino rangatiratanga flag.