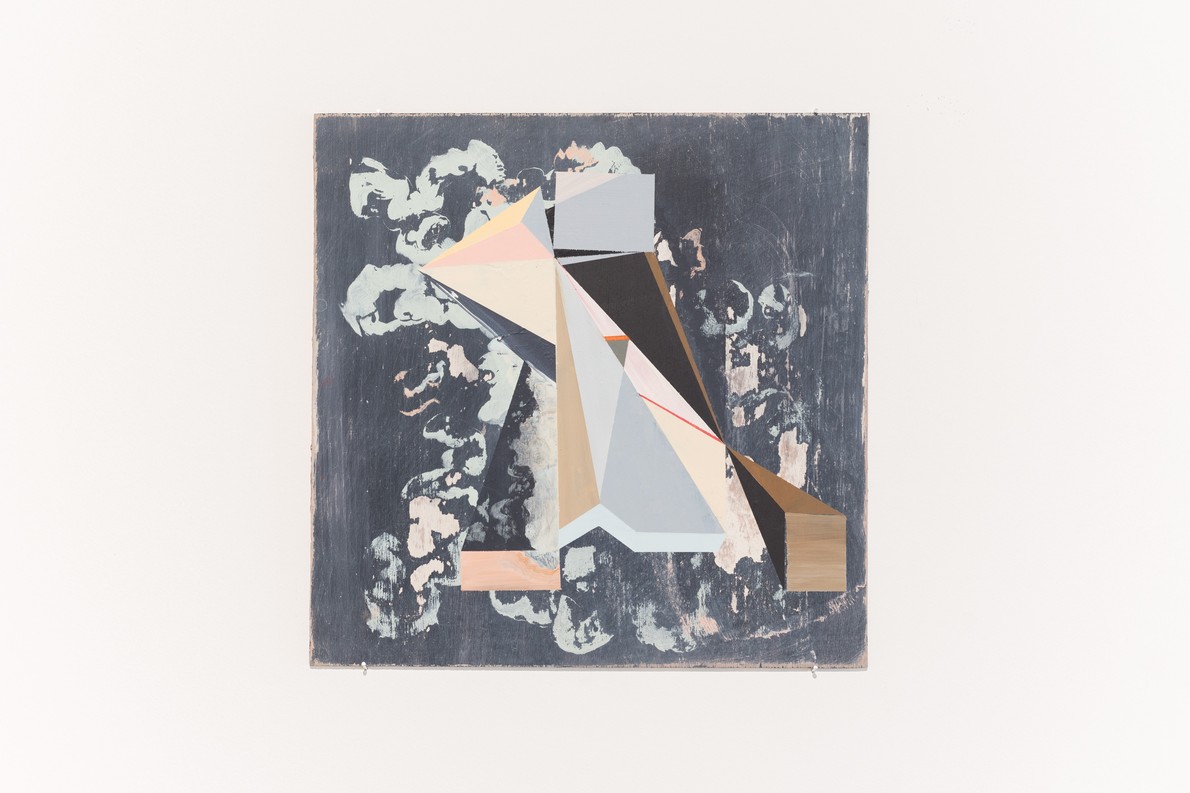 SIDEWAYS reflects Malcolm Terry's last six months of working, including paintings which were created during the nation-wide lockdown.

Incredibly diligent with his practice, Terry was in his studio every day, finishing one work off only to prep another for the next day. When he wasn’t in the studio, he was experimenting with new manipulations on his smartphone: erasing areas of photographed works with his finger. These playful manipulations can be found in the finished paintings as gestural smears, referred to by Terry as ‘organic paint worms’. Such gestural forms are in stark contrast to the taped solid geometric shapes that frequent his paintings. Each paying homage to the triangle in some way. It’s these angular forms that create an uncanny sense of depth, like glimpsing land smothered in fog from across the sea. They are the building blocks to each mysterious abstract world.

Terry has an unmistakable palette, often leaning towards lighter toned dirty pastels to embolden darker elements. Each colour is complex: hints of blue in the deep blacks, browns in pinks, a blend of selected house paints and tints. As likely as he is to disguise layers beneath paint worms, he is inclined to wash away partially dried forms. Leaving behind only the set paint edges and traces of pigment embedded in the backing’s plywood grain. Despite their textural appearance, each work is deceptively smooth. The artist sands not only the base layer before beginning his paintings but often sands back the paint too. Masking areas only to carefully unveil them again. Discoveries made in one painting inform the next set. Each hosts a new or honed technical experiment which is then applied in further paintings; each new piece a marker in his process. Terry’s practice is reactionary; a process of intuitive research in painted form.

Malcolm Terry lives and works in Lyttelton, Christchurch. He completed a Bachelor of Fine Arts at Whanganui Polytechnic in 1997 and Masters of Fine Arts at the University of Canterbury, Ilam School of Fine Arts in 2007. He received the Ethel Rose Overton Masters Scholarship in 2006. Terry has formerly exhibited in galleries such as High Street Project and School of Fine Arts (SOFA) Gallery in Christchurch and Page Blackie Gallery (now Page Galleries) in Wellington. His works are held in private and public collections throughout New Zealand and abroad. 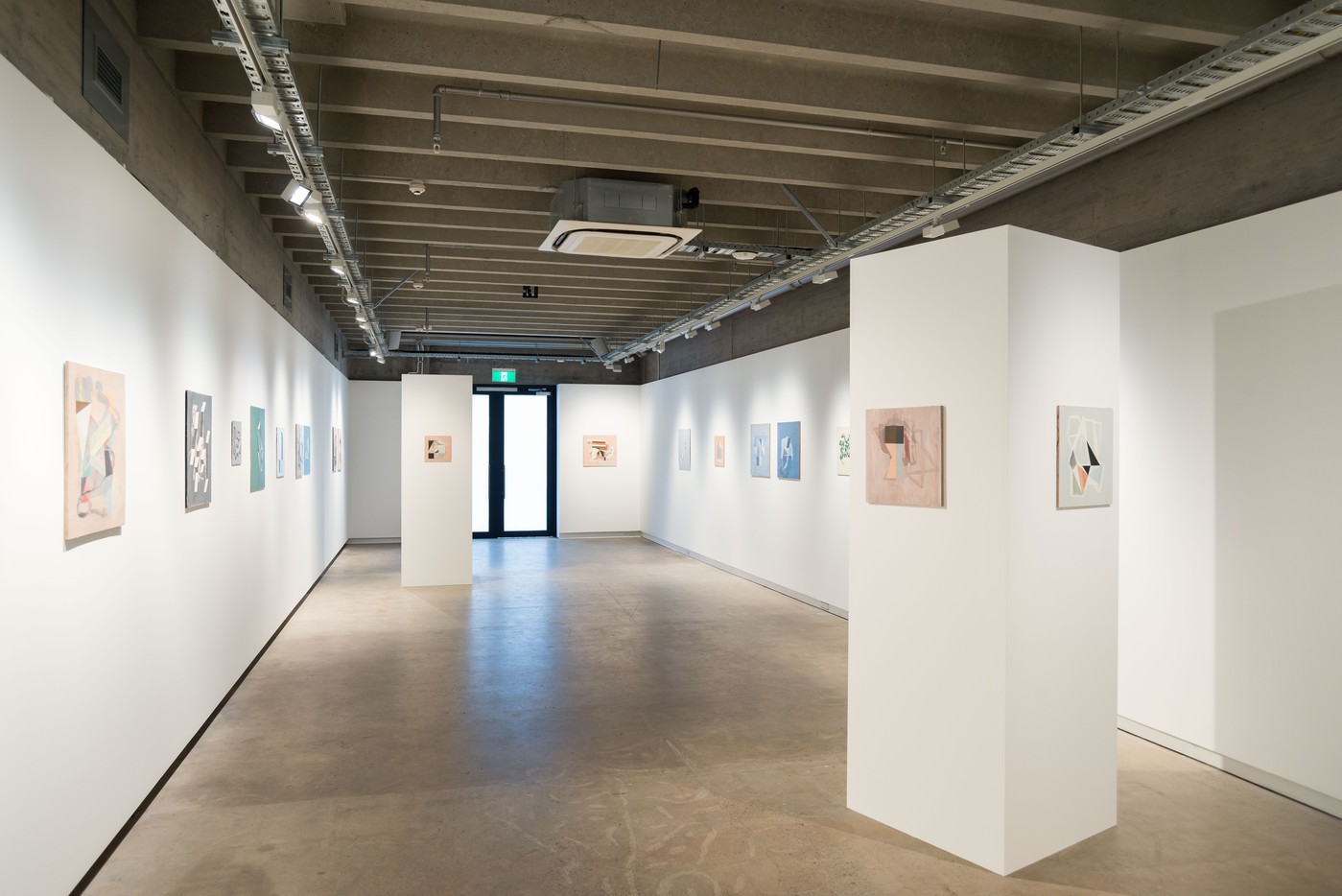 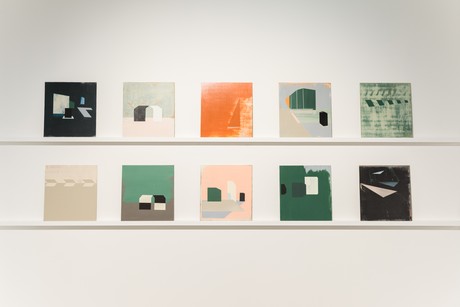 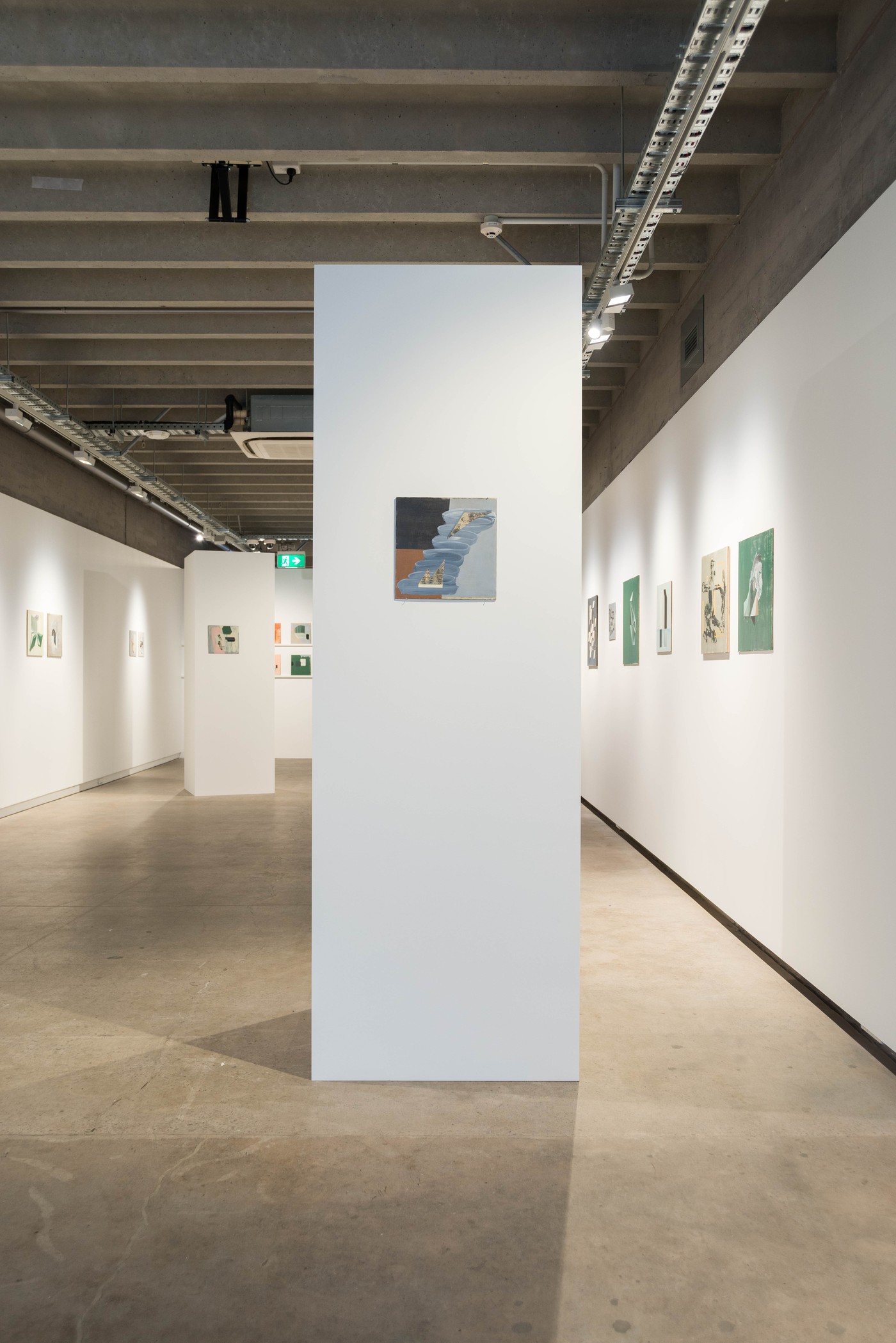 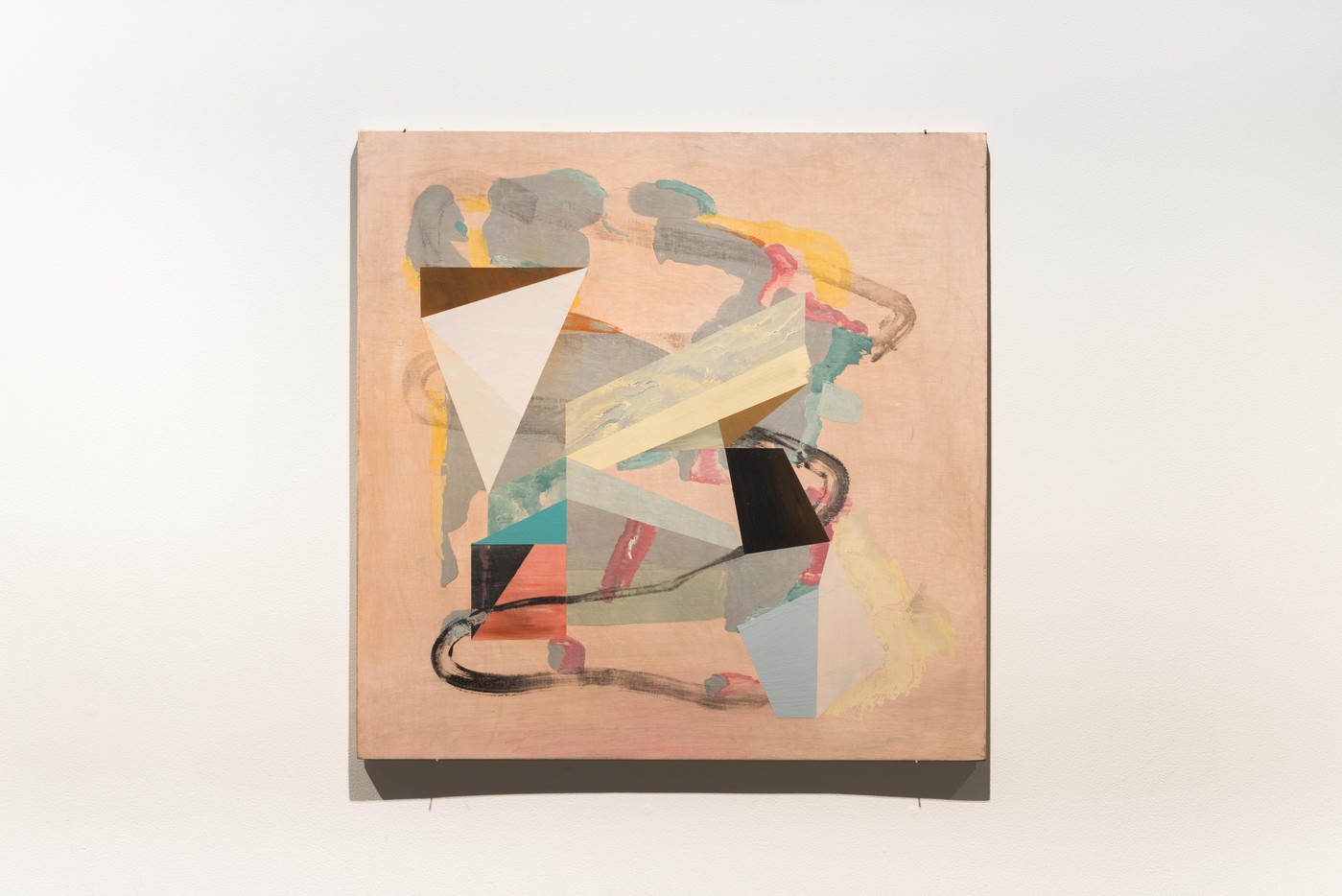 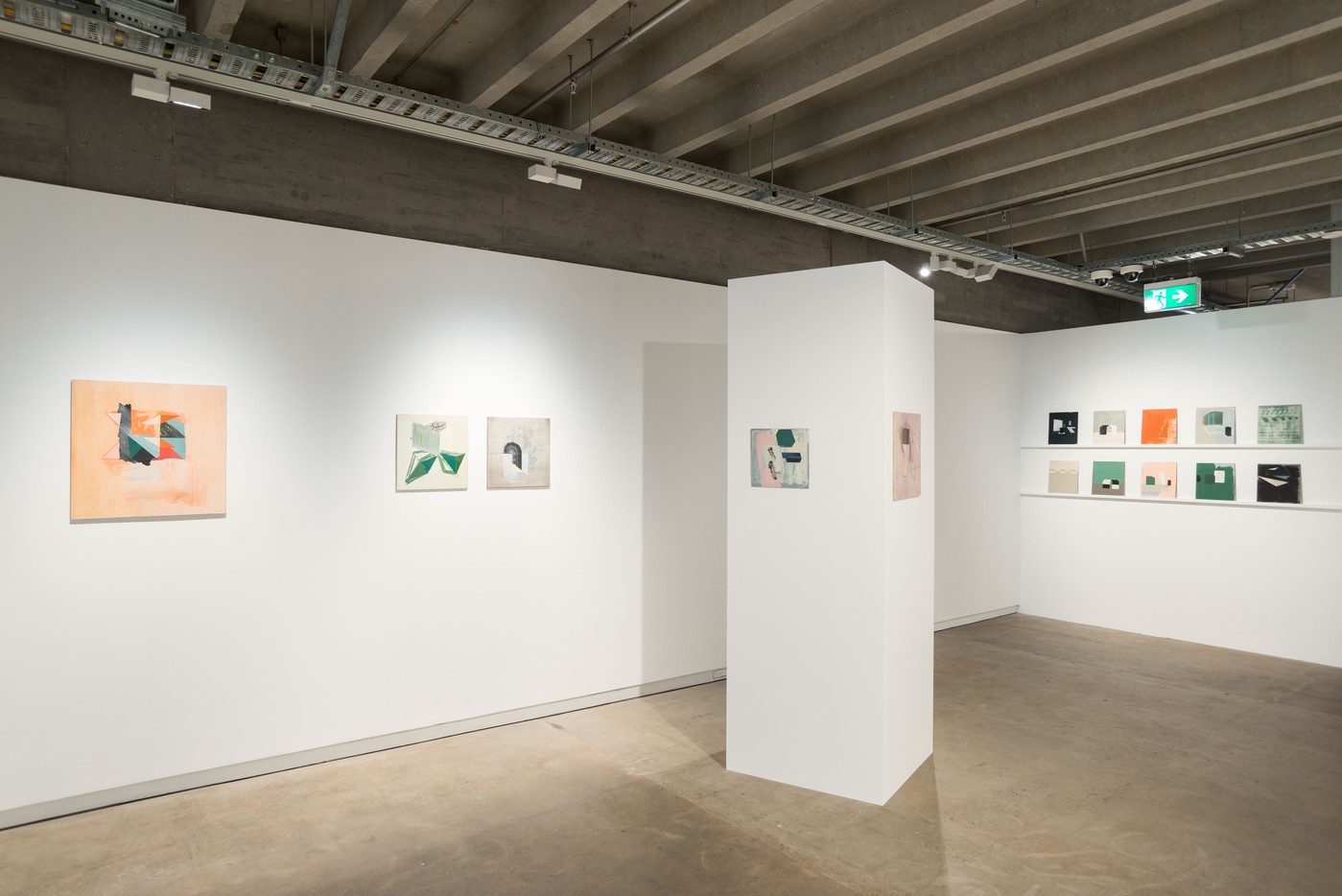