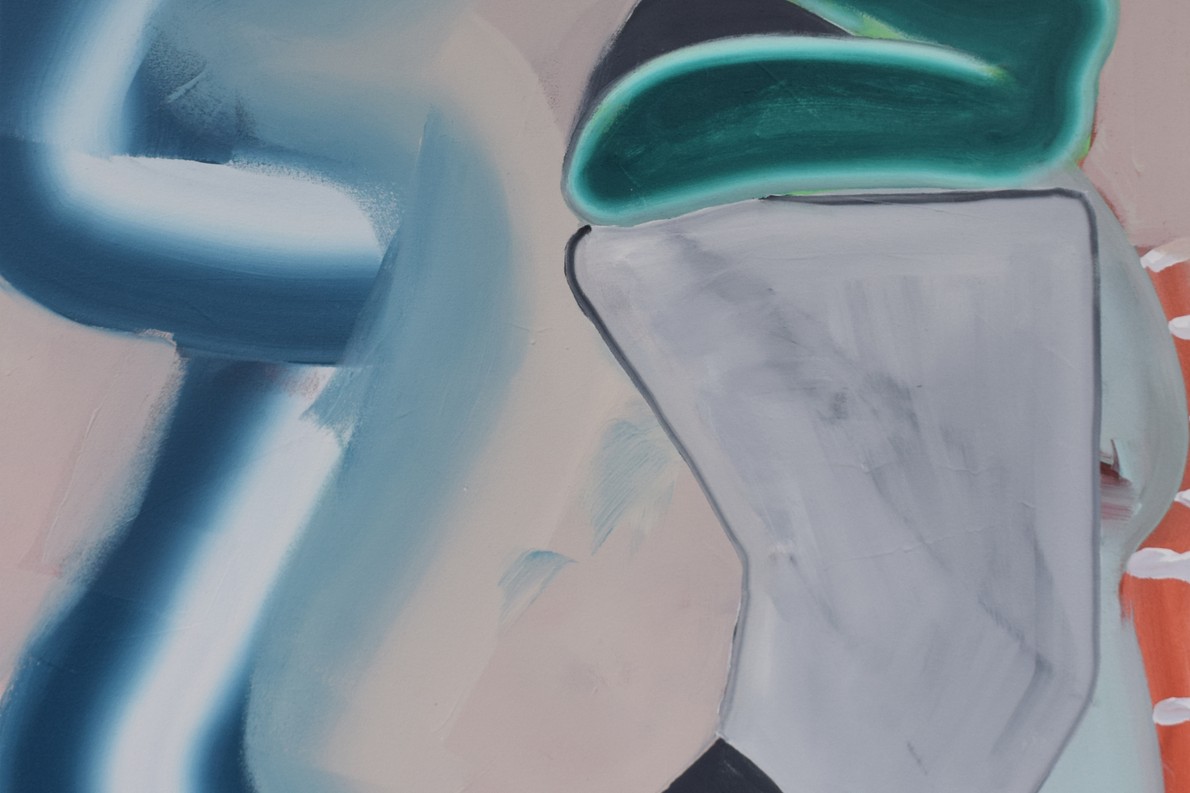 CoCA is excited to present a new body of work from painter Reece King.

Reece King presents a new body of work investigating modes of aesthetic relationships between spatial conditions within the pictorial space.

Reece King’s practice is rooted in the art of problem solving; each painting is a problem to fix, a medley of errors to mend. Mistakes in painting are often subject to the viewer and most often, subject to the painter. King plays with this notion, bending the traditional rules of painting and intentionally breaking them in order to fix them.

King presents a new series of works which use the angle as a major device to entice the viewer to dive deeper into the paintwork. Only once the viewer is close enough to smell the painting (said to be a common habit of a painter viewing another’s paintings) do the details and subtleties reveal themselves. For each work is crafted from painting after painting, the raised scars of the many layers beneath are the only remnants of the ‘mistakes’ that have been righted.

King revels in the moments in-between; where two planes haven’t quite met and a glimpse of the layers beneath peeks through. He meddles with the illusion of three-dimensionality, creating foreground, midground and background, manipulating the plane of the canvas to suggest either while being neither. In this way, each of the four paintings walk the line of familiarity and anxiety. The artist juxtaposes a dimensional sense of gravity - created with strokes of directional light, shadows and horizon lines that anchor the picture plane in place - with abstract moments that are designed to render any form that could be identifiable, indecipherable.

The Divine Angle plays on the idea of familiarity of form being subject to the viewer; the two points, the picture and the viewer, never meet empty-handed but come loaded with their own story and their own history. The precise meeting point of the picture plane and the viewer is unique and unrepeatable - a vantage point that one might deem as the divine angle.

Reece King (born in Auckland, 1989) completed a Bachelors of Design and Visual Arts from Unitec in 2012. Since then, King has exhibited regularly throughout New Zealand and most recently in Sydney, exploring a contemporary painting practice from a primarily formal modernist viewpoint. The Divine Angle is King’s first exhibition in Christchurch.