Our mauri - life-force - is interconnected with the life-force of our waterways and our lands. They are barometers of our cultural health and wellbeing. Drawing on customary and contemporary stories of land and place, Natalie Robertson’s work examines paradoxes of economic development and environmental destruction.

Rangitukia Hikoi 0-14, 2016 is a new 12-metre photographic installation of Rangitukia beach, Te Tai Rawhiti, which examines the impact of deforestation on the land of her iwi, Ngati Porou. According to their tribal lore, mana whenua have occupied this region since Maui Tikitiki a Taranga fished up the island out of the sea. Natalie has long sustained her whakapapa relationship with the Waiapu River watershed and coastal foreshore, as a trustee of the land through her hapū, Te Whanau a Pokai. In the wake of the 2012 Ngati Porou Treaty Settlement, the scars of colonialism are still experienced, written in the land.

Aotearoa’s young, geologically volatile landscape is naturally in constant flux. However, the greatest change to the ecology of this region has predominantly taken place since 19th Century British colonial settlement. 150 years of cutting down native trees and burning large sections of forest to allow for agriculture, sends tons of silt down the river out to sea. Native species’ have been lost. The river has widened, the bed raised and flows are no longer the same, sediments have impacted river species' habitats and traditional coastal food gathering.

For Rangitukia Hikoi 0-14, 2016, Natalie pegged out 21 markers along 100 meters of the beach, returning daily to photograph over a week long period. At this location, the driftwood and sand combine in coastal accretion, as sediment flows out of the river mouth. This work shows markers 0-14  (70M), using the length of the gallery space to walk along the panorama.  Bleached driftwood embedded in the sand appears skeletal, the landscape desolate. Natalie’s large scale format is familiar, redolent of New Zealand artist Colin McCahon’s painting Series Walk (Series C), 1973, which also present a sequence of views showing the changing states of the tide, the horizon and sky. Natalie’s work similarly shows the changing weather, reflecting on the mutable environment. However, this photographic work serves another purpose. The takutai moana, the foreshore, is a politicized environment and from a Ngati Porou perspective, a spiritual pathway. It is an immersive document of the environment; a record for future generations to experience the state of their landscape in 2016, capturing evidence and heritage for years to come. 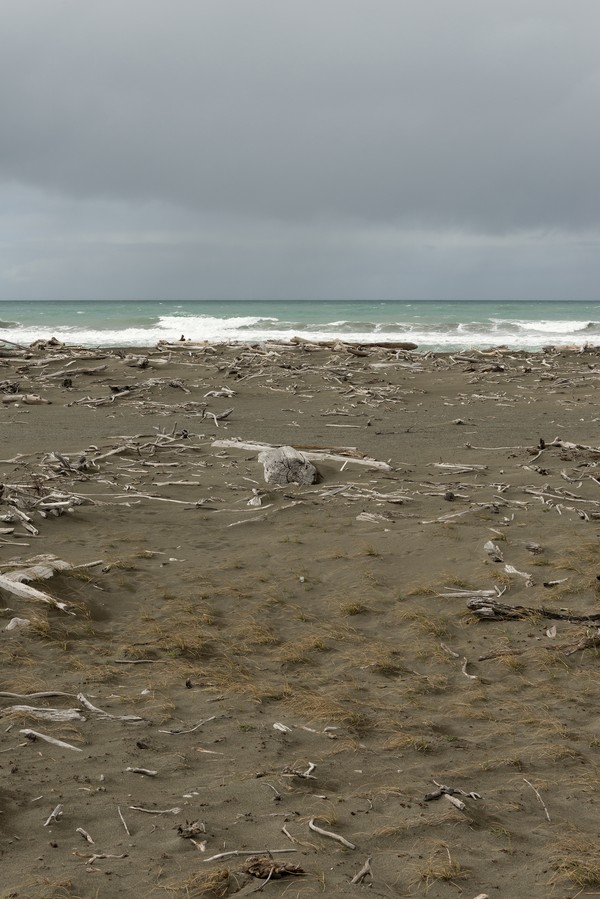 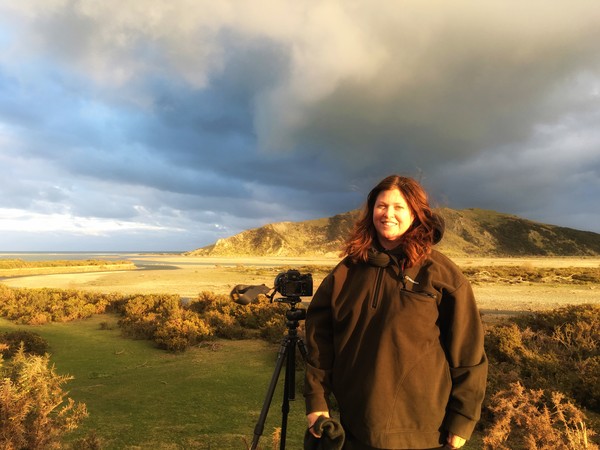